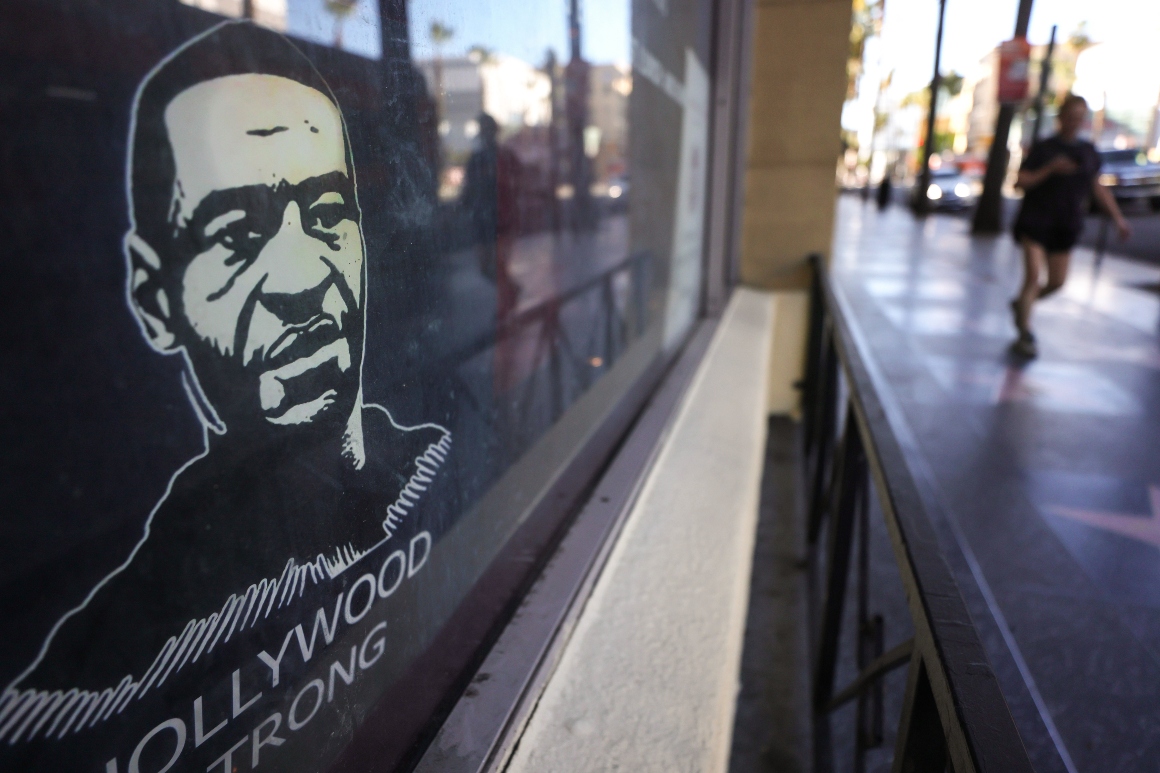 The bill was drafted by the Congressional Black Caucus last summer and advanced the House last year in a bipartisan vote that included every Democrat and three Republicans. But it went nowhere in the Senate of Mitch McConnell (R-Ky.).

In floor remarks ahead of the vote, House Speaker Nancy Pelosi (D-Calif.) said the bill won’t “erase centuries of systemic racism and excessive policing” or bring back Floyd, Breonna Taylor or any other Black Americans who were killed by police. But it will be “a tremendous step” toward stopping the violence and stemming the suffering, she said.

“We cannot accept this epidemic of injustice,” Pelosi said. “We cannot stay silent when our most vulnerable and historically marginalized communities … are being targeted and sometimes killed. That is why today, the House will again pass the George Floyd Justice in Policing Act and send it to the Senate and the president’s desk so that it can finally become the law of the land.”

The bill’s revival — and second passage — comes as the trial nears for former Minneapolis police officer Derek Chauvin. Bystanders recorded Chauvin pinning his knee into Floyd’s neck for nearly eight minutes as a group of fellow officers stood by. The footage sparked outrage that transformed into protests across the globe in the middle of the pandemic, with many activists calling for legislators to “defund the police.”

Few House Democrats support calls to literally defund police departments — despite House Republicans’ repeated false claims during debate Wednesday that the bill would do just that — but their response to nationwide protests is the George Floyd Justice in Policing Act, a measure that civil rights leaders have said is just as important as legislation that came out of the 1960s civil rights movement, like the Civil Rights Act and the Voting Rights Act.

The bill would prohibit racial and religious profiling by law enforcement at every level while banning chokeholds at the federal level and no-knock warrants in federal drug cases. The federal policies would be tied to law enforcement funding for governments at the state and local levels.

The measure would also eliminate qualified immunity for law enforcement, mandate data collection on police encounters and create a nationwide police misconduct registry to hold accountable problematic officers who are fired or leave an agency.

Unlike last summer, Democrats now control the Senate and have an ally in the White House. But the bill’s fate in the upper chamber is still uncertain, as Democrats would need at least 10 Republicans to send the legislation to President Joe Biden’s desk.

“We will begin those discussions with the Senate immediately after the bill is passed,” Rep. Karen Bass (D-Calif.), who introduced the bill last Congress, told reporters Wednesday morning.

Bass expressed confidence on a conference call with reporters Wednesday morning that the bill would draw bipartisan support in Congress and make its way to Biden to be signed into law. She said discussions with senators, including Cory Booker (D-N.J.) and Tim Scott (R-S.C.), have been underway for weeks.

At a news conference Wednesday night with Democratic leaders and CBC members, Bass said many GOP senators thought they could come around to supporting the bill last year but had “some difficulties.”

“One of the things that has happened in the last 12 months, though, is that many states moved ahead without us, and they started passing reforms,” she said after the vote. “So this time when we sit down to meet, we can talk about reforms that are already in place. … So we have a lot of bases in which to begin discussions, and that’s what we plan to do.”

Rep. Jamaal Bowman (D-N.Y.) said he’s excited about some of the provisions but acknowledged that there’s much more work to do around police reform.

“We can’t worry about the Senate,” Bowman said in an earlier interview. “We in the House are here to do the people’s job. The people want policing reform.”

In a statement following the bill’s passage, Booker said he was “encouraged” by bipartisan conversations he’s having with senators.

“I believe comprehensive policing reform is an issue that has and will attract bipartisan support,” he said. “We will work to continue building a diverse coalition of support behind these reform efforts and advance policing reform through the Senate. The time for action is now.”

Jury selection for the trial in the Floyd case is set to begin Monday.

Trump aides build out the MAGA-verse with new groups